Skip to content
HomeFAQ: If Jesus died for everyone, why doesn’t everyone go to heaven? 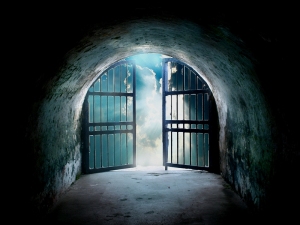 One of the most significant objections to Christianity is the idea that ‘only Christians go to heaven’. Not only does this come across as incredibly intolerant, it’s also horrifying for all those who have not come to place their faith in Jesus to save them.

Many have asked why God can’t just take everyone to heaven the moment they die. And in response they’re often told that a Holy God can’t reconcile with sinful human beings unless a payment is made for sin.

Now this might explain the need for Jesus to die on the cross, but it still doesn’t explain why everyone can’t just go to heaven: Doesn’t God love everyone? Doesn’t the Bible teach that He wants all people to be saved? Didn’t Jesus die to pay for everyone’s sins? If so, why can’t everyone just go to heaven?

Here are three things to consider…

1. THE BIBLE IS CLEAR THAT FAITH IS A REQUIREMENT FOR SALVATION

2. THE BIBLE DOESN’T EXPLAIN WHY FAITH IS A REQUIREMENT FOR SALVATION

Unfortunately the Bible doesn’t really say why faith is a requirement. And this can be very frustrating. But just because we don’t understand why something happens, doesn’t mean it’s not true. We experience this in science all the time.

But there are still many questions that remain: Why is Gravitational Force related to the amount of mass? Why does it decrease as the masses move further apart? Why is it so consistent? Why isn’t it affected by temperature, or volume, or density, or the type of matter? And why are we able to be so precise? It’s one thing to be able to notice a trend, it’s another thing entirely to be able to develop a formula that’s so precise we can use it to put a man on the moon.

Just because something is difficult to understand, doesn’t mean it’s not true.

3. HERE ARE SOME POSSIBLE EXPLANATIONS

A) Passover
In the Book of Exodus, we read the story of the Passover. God told the Israelites to cover their door posts with the blood of a lamb. When the Angel of Death saw the blood, He knew to ‘passover’ that particular house. It’s interesting though that it wasn’t enough for the blood to be shed. It had to be personally applied to each family’s door post.

In the same way, Jesus’ blood was shed for all humanity, but it has to be personally applied to each person’s life. This happens when we place our faith in Jesus to save us. His blood saves us from death.

B) Gift
Just because someone has bought us a gift, doesn’t mean we have actually received it.

In the same way, just because Jesus has bought us the gift of eternal life, doesn’t mean we have actually received it. We must receive it by faith.

C) Ransom
Just because the ransom has been paid, doesn’t mean the child has come home.

In the same way, just because Jesus laid his life down as a ransom for us, doesn’t mean we have come home to live with our heavenly Father.

D) Bridge
Just because the bridge has been built, doesn’t mean we’ve walked across it.

In the same way, just because the bridge between God and humanity has been built, doesn’t mean we’ve walked across it.